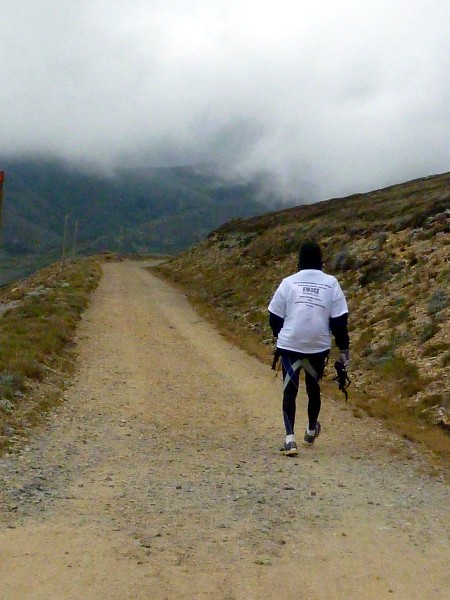 ❝ The upper bound of one mans imagination of the impossible is a simple walk for another.

It␁s been almost a year since I’ve returned from the KeenWalk to Kosciuszko. When asked the inevitable ‟why”, I try to stick to short uncomplicated replies: ‟It’s for a lost bet” or ‟I felt like it” or my personal favourite, ‟I did it for the T-Shirt”. [0] How I discovered the walk is not so interesting by comparison. I found out purely ‟by accident.” My morning reading habits include Hacker News and I came across an article, ‟Australian Economist who lost bet will walk from Parliament to Mount Kosciousko.” [1] I’m interested in any Australian references on Hacker News, so I read the article, absorbed the challenge and contacted Steve that day and signed up. It was that simple.

❝ This week in The Economist we will publish our quarterly index of house prices around the world. Australia’s homes are the most overvalued in the index.

Fast forward nine days, two hundred and forty kilometers and many towns later and you get to this picture. It was taken late on the last day of Steve descending Kosciuszko, job done. For Steve it was more than just about completing the distance, personal or professional pride. It was about a bigger question. Are ‟rising house prices a bubble?”. [2] A lot of press was watching this ‟walk of shame” as one Journalist put it, with the expectation of a symbolic failure. As if a failure to reach the summit would somehow invalidate the idea of the current housing bubble.

❝ The ratio of prices to rents in the country is fully 56 percent above its long-run average.

That’s why this image is a favourite of the trip. The distance covered, mountain summit reached and negative press silenced. The master stroke of imagination Steve conjoured, was to take up an off-the-cuff challenge [3] then flawlessly achieve it. So thanks Steve for letting me go on the KeenWalk. I learned a lot from trip but the one that comes most to mind, and I smile as I think about it, ‟the upper bound of one mans imagination of the impossible is a simple walk for another”.